Westmoreland, NH – SERVPRO of Cheshire County, New Hampshire and SERVPRO of Windham & Windsor Counties, Vermont is pleased to announce Ryan Paul and Derek Paul as their new owners. The Paul brothers recently took over majority ownership of the two franchises which operate in two New England States, previously owned by their parents, Richard and Susan Paul.

Ryan and Derek began their career at SERVPRO working during school breaks and eventually started their full-time roles with the company in 2002 and 2003, respectfully. In addition to their ownership roles, Ryan manages & oversees company production and project management, while Derek focuses on marketing, as well as community involvement with local chambers of commerce and various non-profit organizations. Both Ryan and Derek earned degrees from Keene State College and live locally in Cheshire County. The Paul brothers are looking forward to providing the same industry-leading service the local community has come to know and expect for years to come.

SERVPRO of Cheshire County and Windham & Windsor Counties, which was originally known as SERVPRO of Keene, originally opened in 1978. The business was purchased in 1988 by Richard & Susan Paul, at which point it was decided to pivot from primarily providing cleaning and janitorial services to placing more emphasis on disaster cleanup and restoration to both commercial and residential customers.

“Having the opportunity to lead this business alongside by brother is equal parts exciting and immense,” explains new co-owner Derek Paul. “It is important for our business to keep progressing while also honoring the sturdy foundation my parents, Richard & Susan, built in our community.”

Fellow incoming new Co-Owner, Ryan Paul adds, “I look back on my 20 years with SERVPRO and several factors have led to our success and growth—a solid foundation, development of relationships, and a dedicated team created by Richard & Susan in the beginning, which Derek and I continued when we came on board. I want to thank Richard, Susan, Derek, and all our team members for their dedication to our growth and continued success. I would also like to thank my wife, Melissa, who came on board with SERVPRO in 2011; she has been an incredible asset to our team.”

SERVPRO of Cheshire County and Windham & Windsor Counties is a proud member of the community, providing cleanup and restoration services following a fire, water, or mold-related damage. SERVPRO is trusted by national insurance clients nationwide that seek superior and timely restoration services. The SERVPRO system’s 50-plus-years of experience, CDC-recommended techniques and industry-leading, professional, proprietary cleaning products have made SERVPRO a leader in the restoration industry. SERVPRO is also proud to be the official cleanup and restoration provider of the PGA TOUR.

For more information about the services offered by SERVPRO of Cheshire County, New Hampshire, and SERVPRO of Windham & Windsor Counties, Vermont, visit: 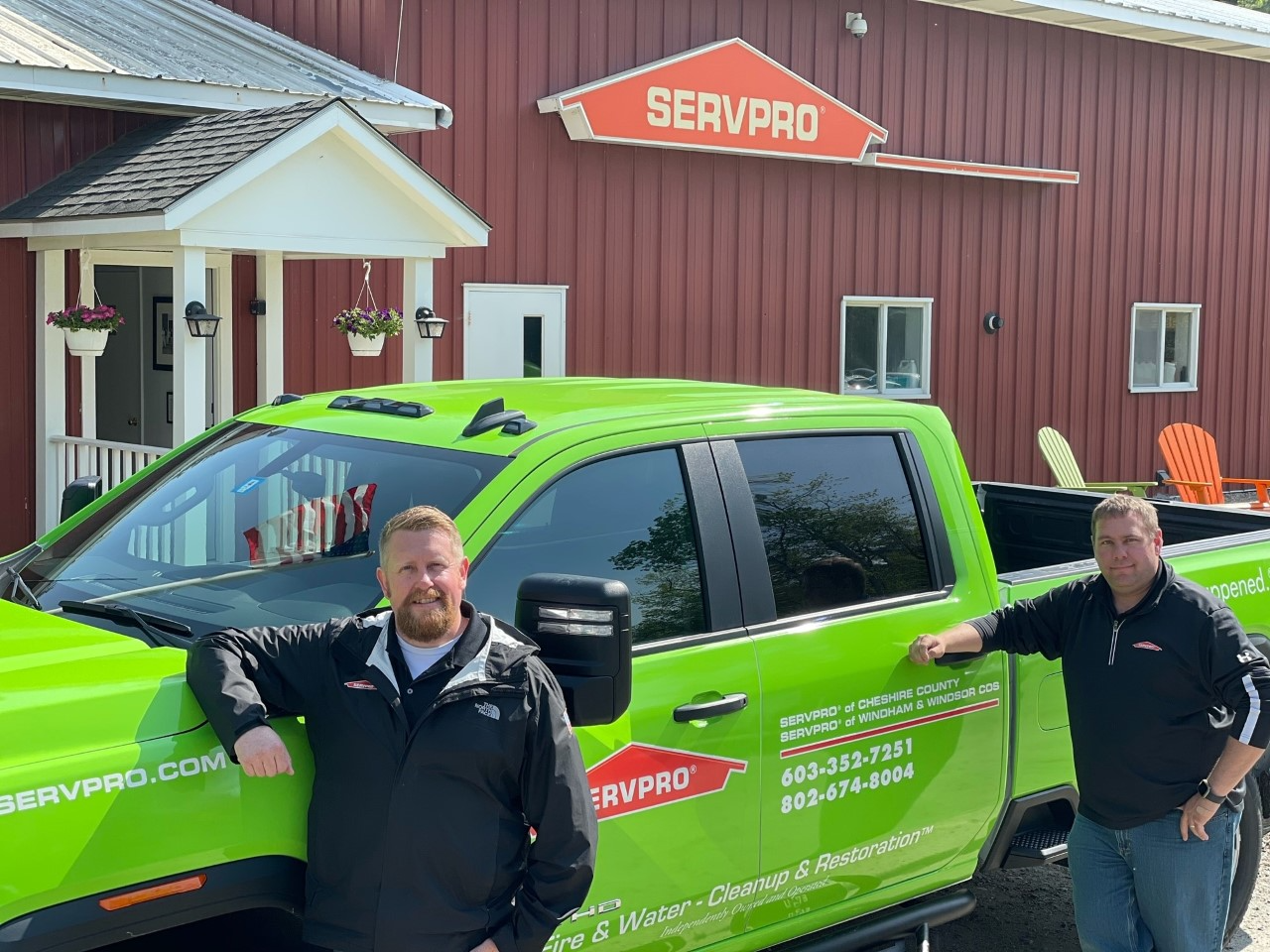